I grew up mostly in the Northwest and graduated from the University of Montana with a degree in Wildlife Biology. I loved to hike the mountains, and nature fascinated me. My life took a different vocational direction, however, and I ultimately earned a Ph.D. in New Testament from Emory University and taught Biblical Studies at the university level for 33 years. I was known for combining rigorous scholarship with innovative teaching, and I twice received a teacher-of-the-year award. Another nice honor was being selected as a member of “Teaching Introductory Theology and Religion: Lessons from the Practices of Fifty Effective Teachers,” a national initiative led by Barbara Walvoord of Notre Dame. Now I am blissfully retired—except for the whole COVID catastrophe that put a hiatus on traveling.

The Middle East fascinates me. In 1990, I traveled to Turkey, Greece, and Italy on a research grant that helped me prepare for writing Apostle on the Edge, a textbook on the apostle Paul. Later, I took students to Israel and Turkey on cross-cultural trips. In 2011, I received a prestigious Fulbright fellowship and journeyed to Cyprus to trace the development of traditions about Barnabas in the history of the Church. What a massive undertaking!!! In 2017, I published Creation of History: The Transformation of Barnabas from Peacemaker to Warrior Saint. But in the same month the book was published in 2017, I returned to Cyprus for more research; and additional discoveries have necessitated publishing the second edition of Creation of History. 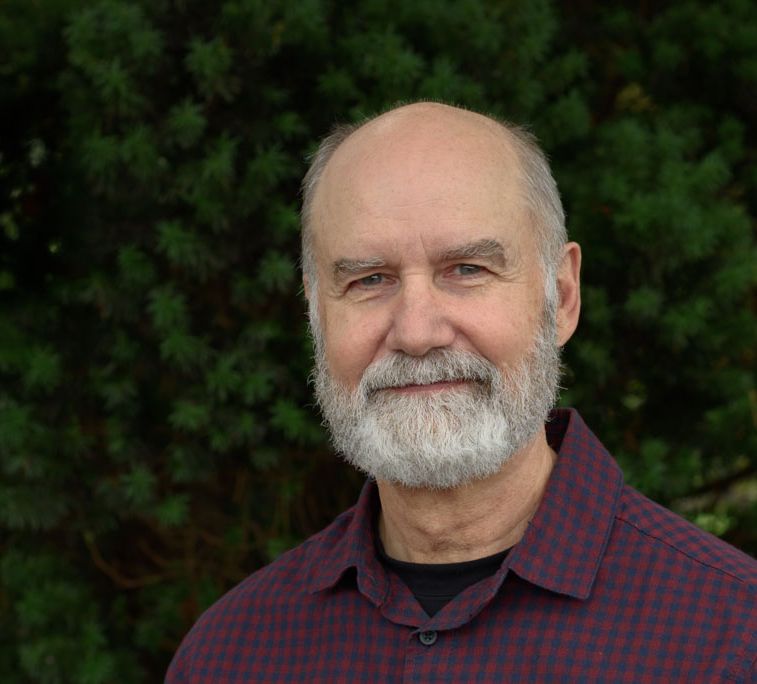 Early in my career, after I published my dissertation on Hebrews 11, I decided not to write technical monographs for other scholars in my field. Instead, I chose to write non-technical books based on careful research. One of my greatest strengths is explaining complicated concepts in accessible language. This ability is best illustrated in Interpreting Biblical Literature, a full-color textbook I designed for undergraduate students. Students in various colleges wrote to say how interesting they found the book to be: “Your book is not boring like most of my other textbooks.” A few admitted to getting so interested in the content that they accidently read more than was assigned on the syllabus—high praise from undergrads! Some Sunday-School teachers have also used Interpreting Biblical Literature successfully in church curricula.

Writing Creation of History to explain the development of beliefs about the apostle Barnabas catapulted me well beyond my comfort zone. After all the effort I expended in translating ancient Greek texts pertaining to Barnabas and interviewing Orthodox clergy around the island of Cyprus, I decided to take an eclectic approach to writing the book. I combined elements of different genres and wrote a sort of travelogue in which I bring readers along on my own journey of discovery—making sure the narration is interesting.

My latest book is again set in the Middle East, but the content diverges considerably from my earlier works. While a Senior Fulbright Fellow in 2011, I met and became fascinated with Dafnis Panagides, a quirky Cypriot. In 2017, I conducted extensive interviews of Dafnis and those who knew him well; and I discovered that he was an incorrigible, lovable rascal. “Complex” does not even begin to capture his complicated life. Dafnis became a peace activist on an island known for lack of peace. And I watched him receive an award that conferred on him the title “Father of Environmentalism in Cyprus.”

But how do I get people interested in reading about a Cypriot, when most do not know where Cyprus is located—let alone know about its complicated history? Use creative non-fiction! I wrote another genre bending book—not easily classified under any one category. Those who did beta readings of the manuscript found the story to be fascinating. One is convinced that the story should be the basis for a T. V. series like The Durrells in Corfu. Another said that Dafnis is more interesting than Zorba the Greek. I think you also will enjoy reading the story. Stay tuned. My account of his life will be published in late 2021. 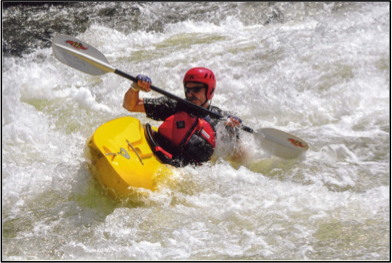 My wife and I are adventurous and love to travel. We also love photography. Our Nikon cameras get a bit heavy to carry—especially my D750—but we sometimes get stunning photos. Some of our favorites are from the mountainous Northwest and the desert Southwest, but we also have wonderful, memory-making photos from other locations, especially the Middle East. We like to hike and to kayak. I regularly drive my pickup to rivers and creeks in Pennsylvania with friends to paddle challenging whitewater. Once in a while a rapid gets the best of me, and I have some scars to remind me of particular disasters. One paddling buddy calls them “fun spots.” 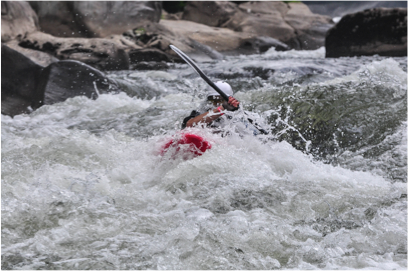 Going through Cucumber Rapid on the Youghiogheny River